The Costs of Pierce’s Disease in the California Winegrape Industry 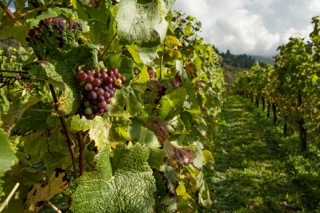 Economics of Information and Precision Vineyard Technologies—Research in Progress

Pierce’s Disease (PD), caused by a strain of the bacteria Xylella fastidiosa (Xf), was first reported in the 1880s. Xylella blocks the xylem, or water-conducting system of a grapevine, leading to vine death, usually between one and five years after the plant becomes diseased. This disease threatens an industry with a farm value of production exceeding $3 billion per year. It imposes significant annual costs on the industry through losses of vines and the cost of efforts to mitigate the damage. Further significant costs are borne by the broader community in providing public programs that aim to contain the problem and develop longer-term solutions, and by the citrus, nursery, and grape industries in complying with those programs.

Until recently, PD was regarded as just one of many chronic diseases in the winegrape industry, always present and occasionally worse than usual. This was so when the only insect vectors for the disease were native sharpshooters. Major concerns about PD grew after a devastating outbreak in the Temecula Valley in southern California in the late 1990s, spread by a new non-native vector, the glassy-winged sharpshooter (Homalodisca vitripennis, GWSS). In response to these concerns, extensive programs were created to manage PD/GWSS in southern California, and to prevent the spread of the GWSS into other areas, especially into the highly-valued Napa and Sonoma Valleys, but also the contiguous southern San Joaquin Valley from which a large share of the total volume of California wine is produced, along with table and raisin grapes.

Since the inception of these programs in the late 1990s, tens of millions dollars of public and private funds have been spent each year to prevent the spread of sharpshooters and PD, and mitigate its effects. In this paper, we quantify the costs of these efforts to prevent and contain the spread of PD/GWSS and the costs of losing vines to PD.

Economics of Information and Precision Vineyard Technologies—Research in Progress